We grew up in an era dominated by individualism and competition. These human traits have driven the accumulation of wealth, power and technological advancement and taken the world to a place where we stare into an abyss of global inequality and conflict. Many decisions are still being made on the assumption that it is human nature to be narrowly selfish. Yet a bigger picture, going right back to the original roots of our species Homo sapiens in Africa, reveals just how much we are hard-wired for both collaboration and competition. 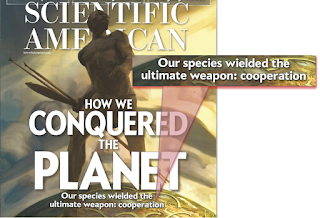 As this month’s Scientific American cover story highlights, there is direct evidence that Homo sapiens’ success in colonising the earth, moving out of Africa from about 70,000 years ago, depended on our ability to collaborate beyond kinship groups. Our early ancestors here in South Africa found good reason to shift from individualistic hunter-gatherer mode: during tough climatic conditions about 100,000 years ago they banded together to defend rich shellfish deposits along the southern coast – and as we know, eating these “brain foods” in turn supported their development.

An international research team linked to the Nelson Mandela Metropolitan University provide a strong case that it was those early humans who were able to collaborate in this way who survived. Only by banding together were they able to make the most of this unusually rich source of food. Once they added projectile weapon technology to their collaboration breakthrough, our ancestors were successful in their rapid expansion out of Africa to colonise the world.

Why is this important? Because many people and organisations are so strongly influenced in behaviour, policy and decision making by the theory that humans are rational and narrowly self-interested. This idea must die, says Stanford University’s Professor Margaret Levi: “The overwhelming finding of experimental research confounds the presumption that, given the opportunity, individuals usually free ride. Indeed, most act according to norms of fairness and reciprocity. Many will make small sacrifices or forego larger returns, and some will even engage in costly action (up to a point) to "do the right thing."

We now have both the evolutionary and the contemporary confirmation that humans can and do benefit from collaboration. It is time we built on this foundation in workplaces and families by honing our relationship skills. Some practical implications:


What is rooted in our ancestral strategy for success is that both relationship and results are important. We ignore either one of these at our peril.

Good for business: Generosity of Spirit

My Dad was an optimist about business. As a young radical, I remember explaining to him how wrong he was. And I still think business is not all sweetness and light. And yet, maybe thanks to Dad, I prick up my ears every time I hear a story about business that is generative and life-affirming. Here’s one: a business leader who identifies generosity of spirit as a must-have in hiring talent for his companies. 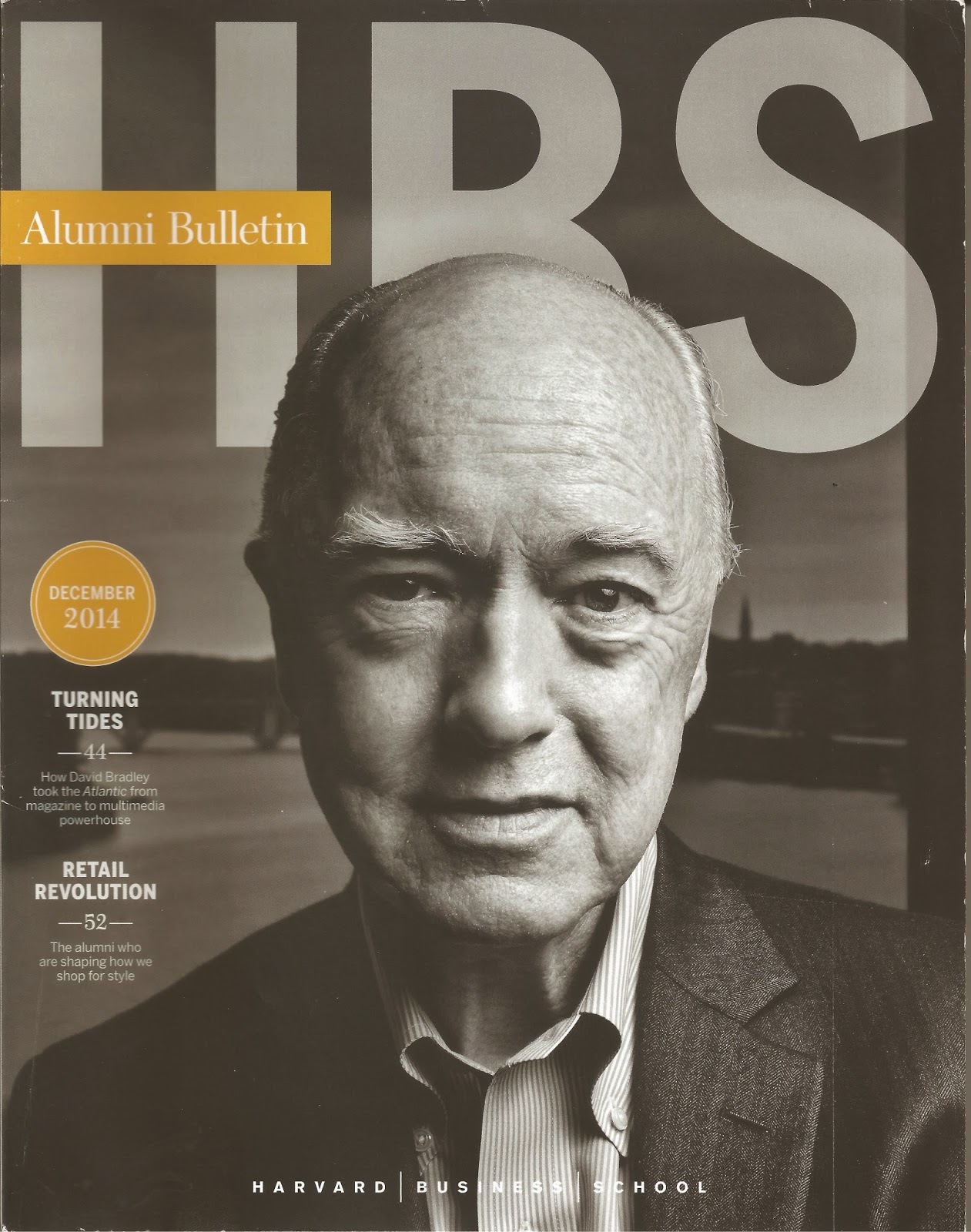 Turning a profit and turning around an old-media publishing company going digital got David Bradley featured in the Harvard Business School Alumni magazine (Dec 2014, pages 44-51). That is a great story in itself about finding talent and empowering them to recreate theAtlantic.com’s website till it “has come to the galloping rescue of [Atlantic] magazine.”

What struck me most was the sidebar to the new media story. As with most feted HBS alumni, Bradley has been hugely successful in business, not limited to digital media. Asked to what he attributed his success, he wisely said that he found what he was good at, stuck to that, and let others take care of the rest.

To spot talent, Bradley identified two key factors fundamental to business success: force of intellect and spirit of generosity. I was struck by the second factor: here’s a successful, canny businessman, and he says generosity makes for good business leaders. Yay! I agree. Good business, for me, is all about creating a better life for all, including oneself. The shortcut approach of greed is something that clearly creates a kind of success – but to what benefit in the long run?

Posted by Mish Middelmann at 13:31 No comments: