Effective connection without being in the same building, city or continent 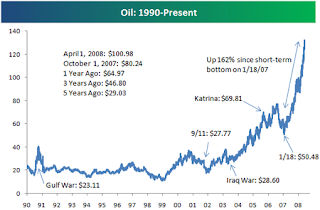 The era of the global virtual team is upon us. Whether we like it or not, more and more work teams are going to be global and virtual – i.e. made up of geographically separated members who still want to work together – because money and ecology say so (just look at what has happened to the oil price!), and the social networking generation assumes so.

It is not easy working by phone, web and videoconference with people around the world you seldom if ever meet face to face in the same room.
Yet there is a lot that virtual team leaders and members can do to make things work better.

Start every call with some kind of check-in, where every voice is heard. Remember, this has to make up for the fact that you didn’t all walk into the room together, make tea or coffee together, and chat about last weekend’s events or your plans for the next holidays.

Make sure you explicitly design a team alliance together – how you will work together, both when things are going well and when tensions rise.

What Gillian Dore of Cisco Systems (HR Manager UK&Ireland sales) recommends is that virtual teams use online whiteboard tools (such as in Cisco's Webex software - now also in a free version) to map out where each of them are at relative to the project as a whole - a kind of metaphorical mapping exercise known as organisational constellation.

You can’t rely on visual body language, so when you find yourself guessing how the others on the team are feeling, practice asking each other "what is going on for you?" – and listening to both the tone and content of people’s voices. Listen to what is not being said as much as what is being said. Each person on the call has to build a sense of the whole team in their imagination, and listen to the voice of the team as a whole in spite of all the noise and static in the "virtual meeting room".

Help people see and feel each other’s location. For example, let the order of checking in to the call be from east to west, or south to north, so that the geography becomes palpable and team members get conscious about each other’s real physical time and space. I've found it often works to bring in the wonder of the whole situation - that people on opposite sides of the world are actually working together as well as we are.

Choose technology that works for you

Keep the technology simple. Good audio is better than bad video. Unless the whole team have good internet connections, it can still be best to use telephone rather than computer based systems. And where you do have good internet, use the cool tools available – see technology tips for global teleconferences.


A delicious challenge for the leader is the paradox of giving direction and holding space – an old problem in a new guise.

Virtual team leaders have to be much more directive in some situations (as stressed by Erin Meyer of Insead). For example when you want to do a whip-round of the views of all members: in a face to face meeting, we just go clockwise or anticlockwise. Virtually, the leader has to do a roll call, or (see above) get smart with running the “virtual circle” according to actual geographic locations, say from East to West around the globe.

On the other hand, high performance teams don’t want to be bossed about any more in a virtual situation than a face to face team meeting. Smart people need space to express themselves, and room to create their own direction in their work. This inevitably scatters some of the firm direction advocated by Meyer, with the payoff of liberating the team's creativity.

What this looks like in virtual team meetings is chaos! Virtual teams need to get used to living with both silences, and chaos as several people speak at once – just like in face to face meetings – even though this gets more difficult when we are all on the phone or Skype. Ghislaine Caulat of Ashridge Consulting has excellent advice on holding this paradox in her article on Virtual Leadership and this Economist Intelligence Unit webcast.

Coaches, consultants and trainers around the world are waking up


If you are leading virtual teams, it is worth getting some help from specialists in this field. Three agencies with interesting training and other services to help virtual team leaders are Insead and Ashridge, and CRR Global, Inc.

I've chosen to work with CRR Global because I like the way they bring in systems awareness, as well as practical skills for designing team alliances, and paying attention to relationship systems and fields, including developing what you might call "sixth sense" skills any good leader needs. Enterprisecoach is putting on their Organisation and Relationship Systems at Work course in Johannesburg on 15 and 16 May, 2012.
Posted by Mish Middelmann at 07:00

You are welcome to comment on this blog - please contribute to the discussion.

Please type your comments in the box below. You will be required to log in to comment. This is because we have had spam problems.

Please note that in order to comment on this blog, you are required to accept our Blog Comments Policy